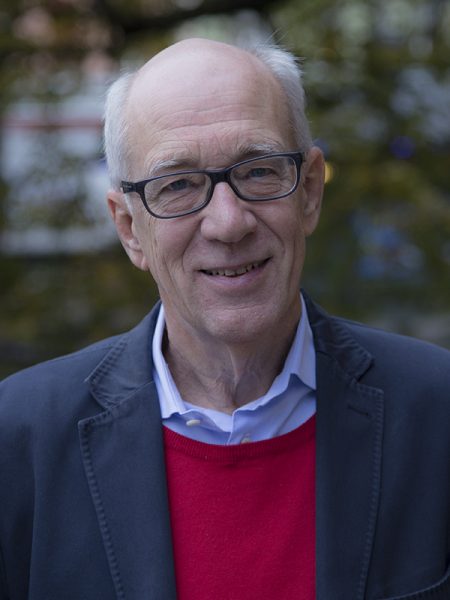 Otto Cars is an MD and specialist in infectious diseases and a former head of the Department of Infectious Diseases at Uppsala University Hospital. In 2003, he was appointed Professor of Infectious Diseases and Antimicrobial Resistance at Uppsala University, and since 2014 he holds a position as Senior Professor. Otto Cars was leading the Swedish strategic programme against antimicrobial resistance (Strama) on behalf of the Swedish government between 1995- 2010. He has served as an expert to the World Health Organization and several European Agencies and was as a member of the UN ad hoc Interagency Coordination Group on Antimicrobial Resistance (IACG). Otto Cars was the founder of the international network Action on Antibiotic Resistance  -ReAct ( www.reactgroup.org)  which , supported by the Swedish International Development Cooperation Agency , since 2005 is working on all continents as a catalyst, advocating for and supporting multilevel engagement on antibiotic resistance. 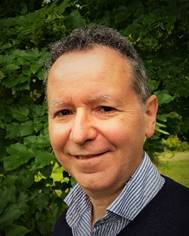 Keith Sumption, Chief Veterinary Officer of the Food and Agriculture Organization of the United Nations (CVO-FAO) , Leader of the Animal Health Programme (NSAH), and Director of the Joint Centre for Zoonoses and antimicrobial resistance (AMR) (CJWZ). He has worked on disease ecology at the interaction of wildlife, domestic and the environment for more than 30 years, from initial studies on how disease can affect ecosystem balances (for his first degree in Ecology) , through PhD studies on African Swine Fever in wild and domestic hosts in southern Africa, and more than 17 years of management of epizootic diseases (Foot-and-mouth disease, FMD) in the wildlife –domestic interface as Secretary for the European Commission for the Control of Foot-and-Mouth Disease (EuFMD) Commission based in FAO. Since June 2020 he has been CVO for FAO, and since July, the Director of FAO’s Centre for Zoonoses and AMR (CJWZ) , and leader of FAO’s animal health service. 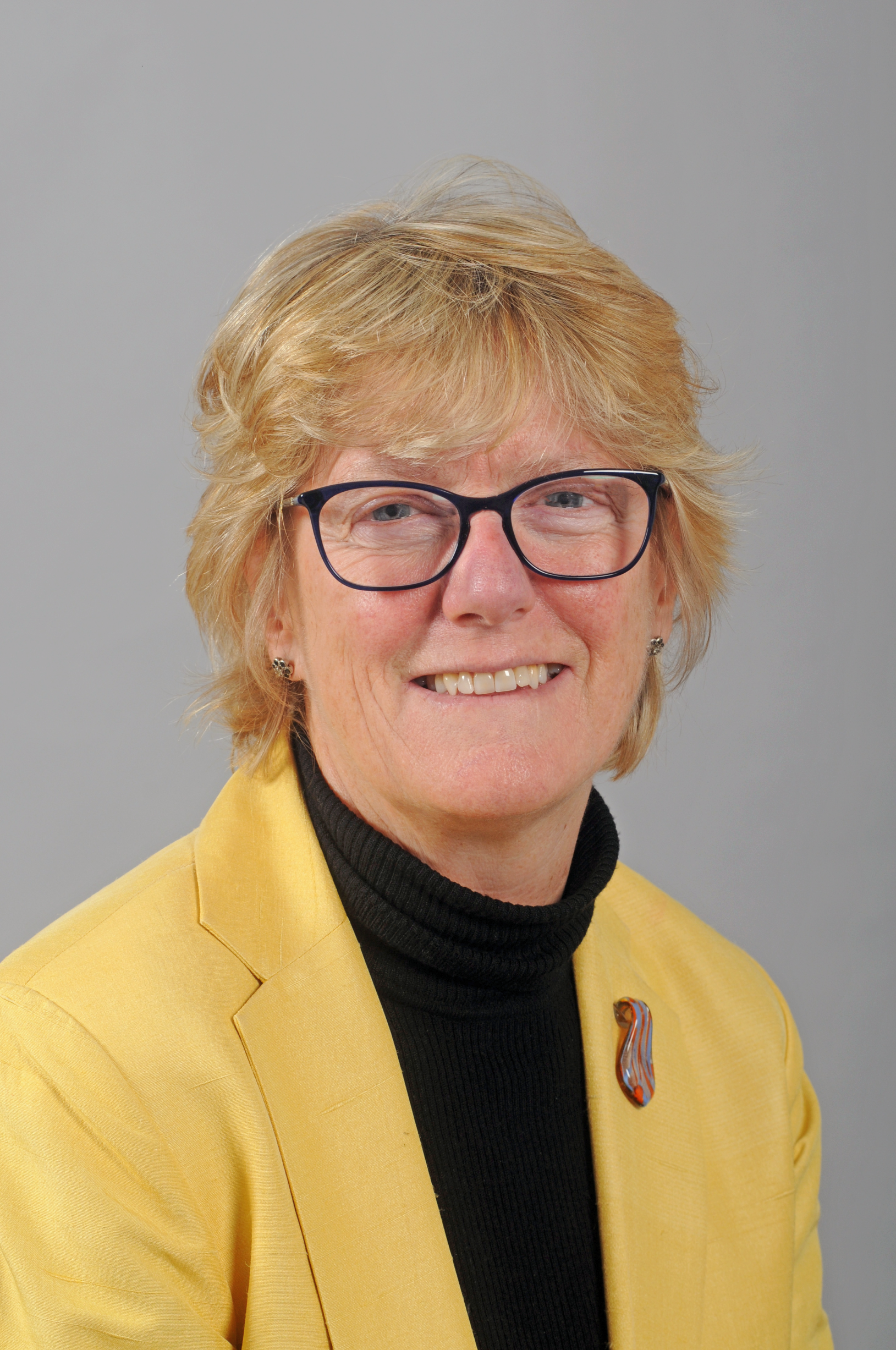 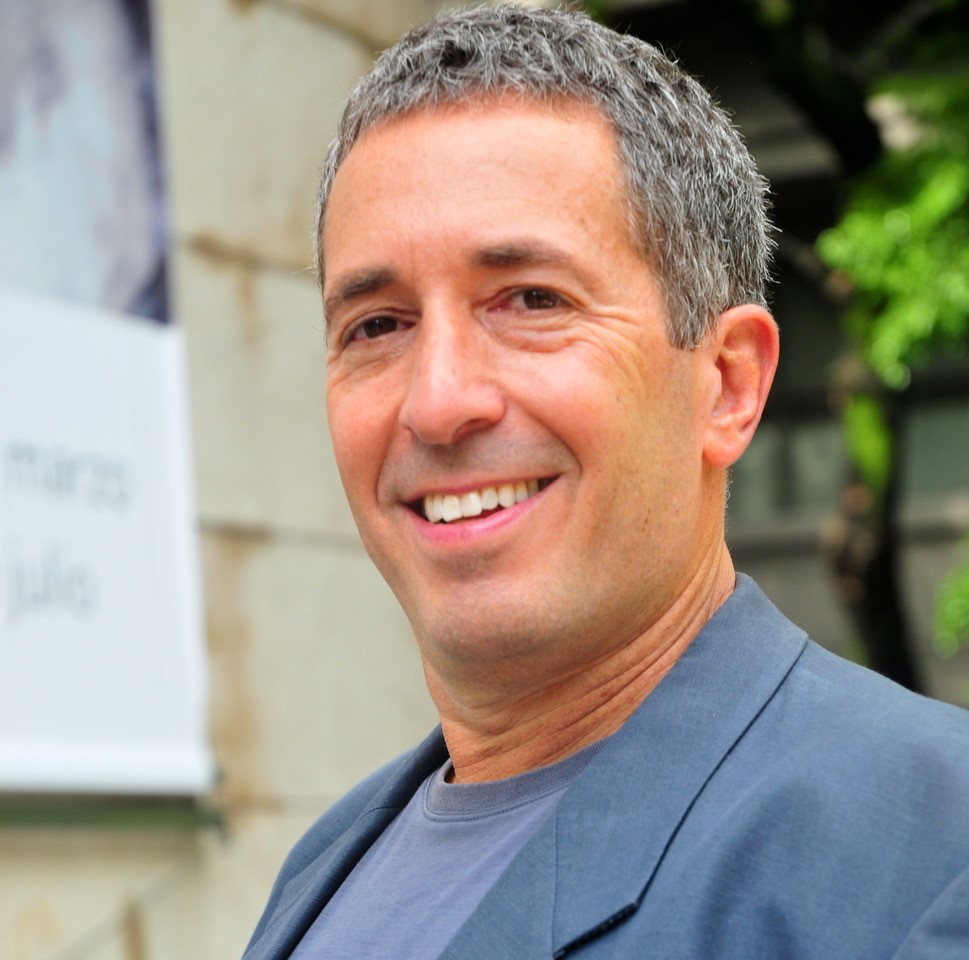 Eldar Shafir is Class of 1987 Professor of Behavioral Science and Public Policy at Princeton University, Director of Princeton’s Kahneman-Treisman Center for Behavioral Science and Public Policy, and scientific director at ideas42, a non-for-profit social science R&D lab. His research focuses on cognitive science and behavioral economics, with particular interest in the application of behavioral research to policy. He is Past President of the Society for Judgment and Decision Making, a Guggenheim Fellow, and an elected member of the American Academy of Arts and Sciences. Shafir served as a member of President Barack Obama’s Advisory Council on Financial Capability, and as Vice-Chair of the World Economic Forum’s Global Agenda Council on Behavior. Hewas named one of Foreign Policy Magazine’s 100 Leading Global Thinkers in 2013. He edited “The Behavioral Foundations of Public Policy,” and co-authored, “Scarcity: Why Having Too Little Means So Much.”  He received a BA from Brown University and a PhD from MIT.

SPEAKERS IN SESSION 2: Adressing AMR in a social, economic, and political context 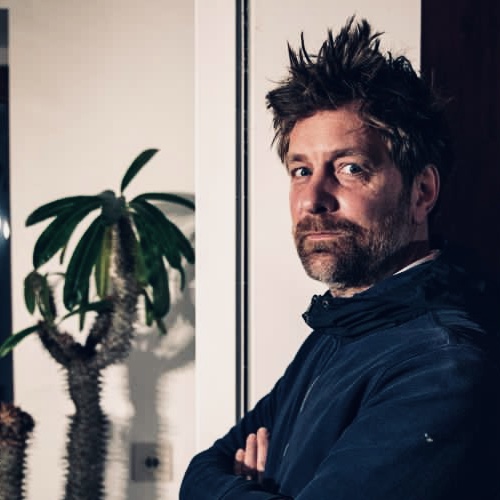 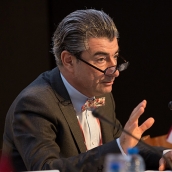 Franck Cesar Berthe is Senior Livestock Specialist in the Agriculture Global Practice of the World Bank and coordinator of the Livestock Global Alliance since March 2016. Franck was previously Head of the Animal and Plant Health Unit at the European Food Safety Authority (EFSA) based in Parma, Italy. Prior to coming to Italy in 2007, Franck was Associate Professor at the Atlantic Veterinary College (UPEI) and Canada Research Chair in Aquatic Health Sciences, exploring host pathogens relations in their environment. From 1994 to 2004, Franck has led active research in aquatic animal health at the French institute for the exploitation of the sea (IFREMER) in France and overseas territories. Franck is Vice-President of the Biological Standards Commission of the World Organisation for Animal Health (OIE). He has served on OIE specialized Commissions since 1996. A native of France, Franck received a doctorate of veterinary medicine, and a PhD degree in molecular parasitology. He has a diploma in bacteriology from the Pasteur Institute. 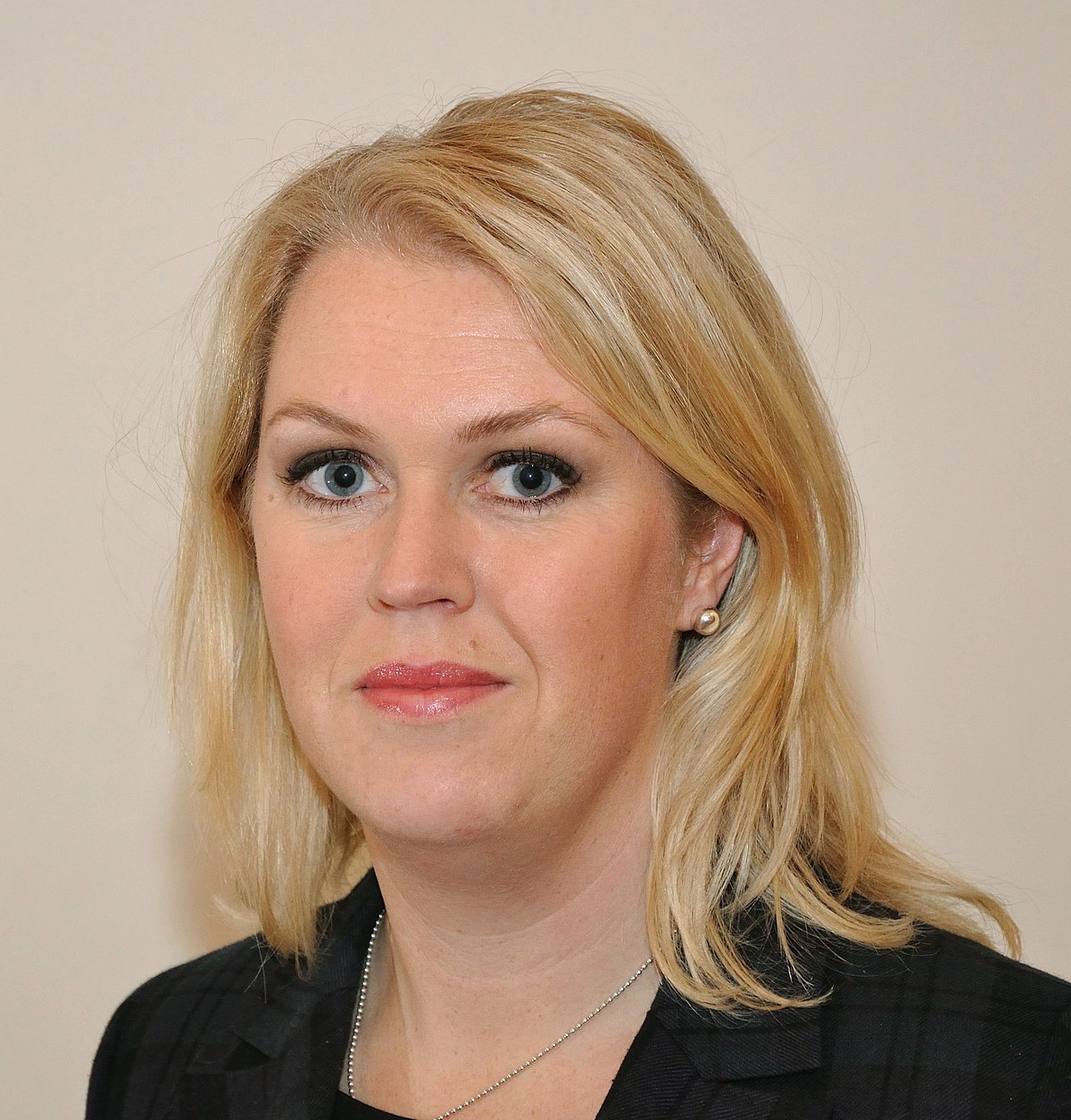 Lena Hallengren is a Minister for Health and Social Affairs in Sweden. Her responsibilities include health care, public health, disabilities and social services including care for older people. During the previous administration, Hallengren held the position of Minister for Children, the Elderly and Gender Equality. She has had numerous assignments as member of the Swedish Parliament, the Riksdag, such as Deputy Chair in the Committee on Health and Welfare and Chair in the Committee on Education. Since 2020, Hallengren has been a member of the Global Leaders Group on Antimicrobial Resistance (AMR). She has extensive experience in management and general administration and has advocated for multi-stakeholder engagement, working to include AMR in investments and for a One Health approach. She has championed AMR both nationally and within the UN system and co-chairs the ministerial group Alliance of Champions on Antimicrobial Resistance.

SPEAKERS IN SESSION 3: The role of vaccines in drug resistance 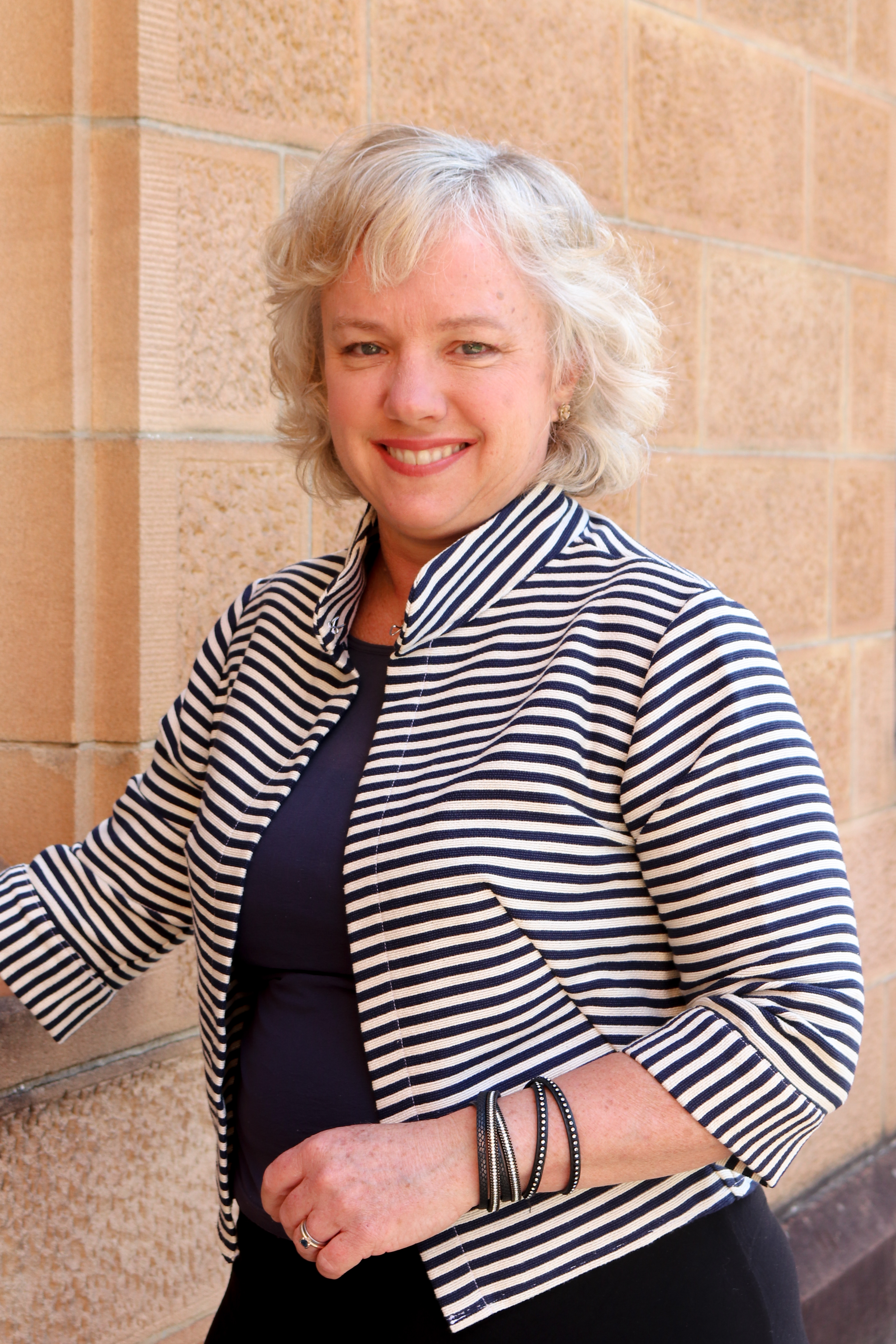 Julie Leask is professor in the Susan Wakil School of Nursing and Midwifery, Faculty of Medicine and Health, University of Sydney and visiting professorial fellow at the National Centre for Immunisation Research and Surveillance. Her research focuses on behavioural science in public health, specifically vaccination uptake, programs and policy with 152 publications in the field. She has a range of advisory roles with WHO: as chair of the working group on Measuring Behavioural and Social Drivers of Vaccination; member of the Immunization and Vaccines related Implementation Research advisory committee; the South East Asia Regional Immunization Technical Advisory Group; and previously, the Tailoring Immunization Programme Advisory Group of Experts for the WHO European Office. She is member of the Expert Advisory Group for Australia’s Regional (COVID-19) Vaccine Access and Health Security Initiative. She was winner of the Australian Financial Review 100 Women of Influence in 2019. 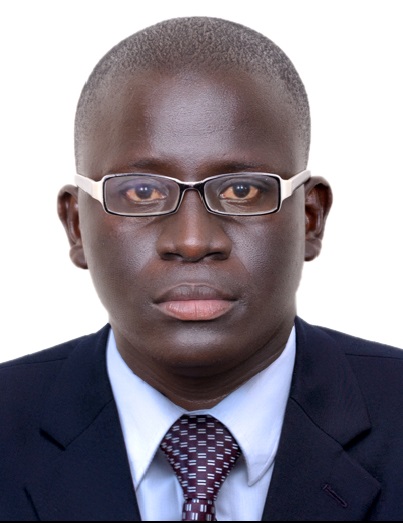 Michel Dione is a veterinary epidemiologist at the International Livestock Research Institute (ILRI) based in Dakar, Senegal. Dione has strong experience in livestock health systems in East and West Africa. His research interest involves assessing animal health constraints by combining both field epidemiology and biological sampling; as well as developing and testing interventions that aim at preventing and controlling animal diseases including AMR in livestock. Dione also carries out research on the delivery of animal health inputs such as drugs and vaccines. He gives a specific focus on how to improve adoption of biosecurity measures and vaccines by smallholder livestock farmers. 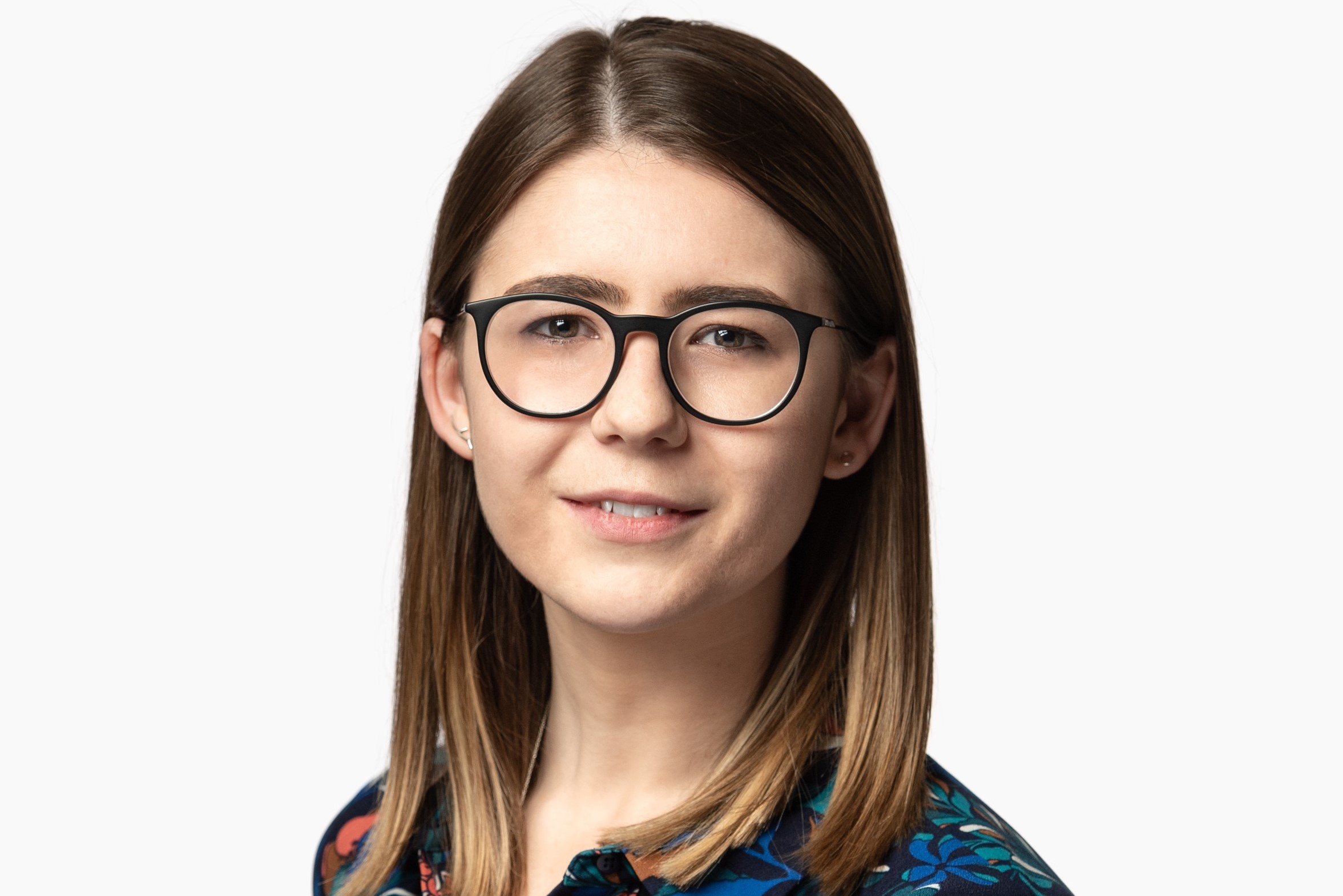 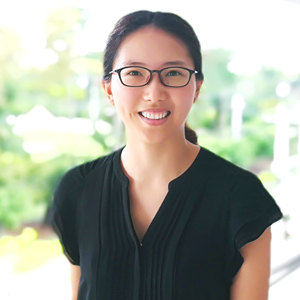 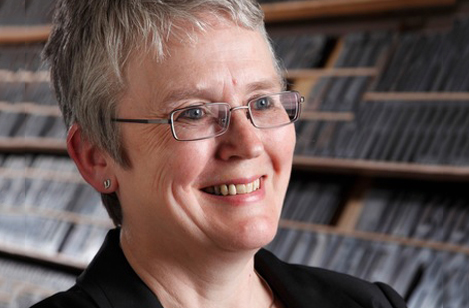 Sue Walker is Professor of Typography at the University of Reading. Walker is working on projects about communicating information about antimicrobial resistance (AMR), such as Information design and architecture in persuasive pharmacy space: combating AMR (IDAPPS) and a project on antibiotic resistance communication in Rwanda. Moreover, she supervises doctoral students in subjects relating to the history and theory of typography and graphic communication, and oversees the use of collections and archives in teaching and research. Walker is also the director of the Arts and Humanities Research Council (AHRC)-funded Design Star Doctoral Training Centre. From 2007 to 2011, Sue served as Dean of the Faculty of Arts and Humanities, from previously been Head of the Department of Typography and Graphic Communication from 1997 to 2007 and the Head of the School of Arts and Communication Design from 2004 to 2007. 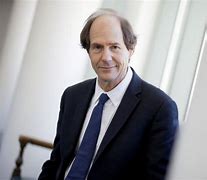 Cass R. Sunstein is the Robert Walmsley University Professor at Harvard Law School, where he is the founder and director of the Program on Behavioral Economics and Public Policy. He is by far the most cited law professor in the United States. From 2009 to 2012 he served in the Obama administration as Administrator of the White House Office of Information and Regulatory Affairs. He has testified before congressional committees, appeared on national television and radio shows, been involved in constitution-making and law reform activities in a number of nations, and written many articles and books, including Nudge: Improving Decisions about Health, Wealth and Happiness.
​

Professor Hanan H. Balkhy is the first appointed Assistant Director-General for the Antimicrobial Resistance Division (AMR) at the World Health Organization (WHO), which is a flagship program and has the mandate to lead the human health response to the emergence of antimicrobial resistance along with the relevant stakeholders. Dr Balkhy is a Professor of Pediatric Infection Diseases with over two decades of experience in the field of infectious diseases and Infection Prevention and Control (IPC), a clinician and a researcher with over 150 publications. Prior to her appointment she was the Executive Director, Infection Prevention and Control, at the Ministry of National Guard (MNG) and the Director of the Gulf Cooperation Council Centre for Infection Control. She led the WHO Collaborating Centre for IPC and AMR in Saudi Arabia between 2009-2019. Dr Balkhy is also the first appointed chair for the Infectious Disease Research Unit at King Abdullah International Medical Research Center at King Saud bin Abdulaziz University for Health Sciences in Riyadh, Saudi Arabia. In this role, she developed and led a team of scientists with a focus on relevant infectious disease research, such as multidrug resistance pathogens and hospital acquired infections, as well as research on regional public health concerns including MERS- CoV, Salmonella and Brucellosis. She was the Editor-in-Chief of the Journal of Infection and Public Health from 2009-2019. 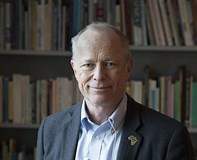 Stefan Swartling Peterson is a Public Health Physician and Professor of Global Health. Dr Swartling’s formative work has been in East Africa over the last 20 years working on health systems and implementation science in the fiels of child survival, perinatal quality of care and capacity development. Dr Swartling served as the Global Chief of the Health for UNICEF 2016-20, based in New York.  From 1 January 2021 he is Professor of Global Transformation for Health at KI, with side affiliations to Uppsala University and Makerere University, Uganda.