SPEAKERS IN SESSION 1: A visionary outlook 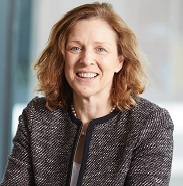 Susan Galbraith trained as a Clinical Oncologist in the United Kingdom and completed a PhD at the University of London studying Dynamic Contrast Enhanced MRI in a Phase I trial of a novel vascular targeting agent. She continued her interest in the use of biomarkers in drug development following her move to the Clinical Discovery Oncology group at Bristol-Myers Squibb in 2001. She led the brivanib Early Development Team and fostered the integration of pharmcogenomics and imaging biomarkers into many Phase I and II trials. Susan was closely involved in the in-licensing of ipilimumab from Medarex in 2003, elotuzumab from PDL, the acquisitions of Adnexus and Medarex and the research collaborations with Exelixis. In 2008, Susan became Vice President for the Clinical Biomarker group in addition to maintaining leadership for Oncology Discovery Medicine. 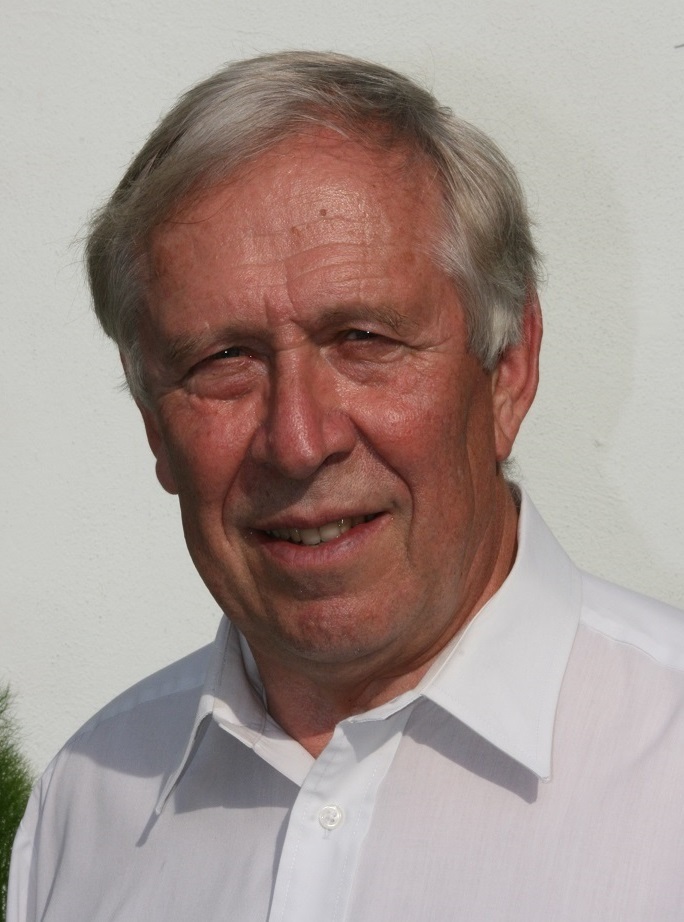 Max Parkin is Professor and Honorary Senior Research Fellow at the Nuffield Department of Public Health, University of Oxford and Coordinator of the African Registry Network. Professor Parkin has for many years led the International Agency for Research on Cancer’s (IARC:s) department of Descriptive Epidemiology, before returning to the UK in 2005. He has kept his relation with the IARC and today coordinates the activities of cancer registries in Africa.

Professsor Parkin’s work with the Globocan Project, providing estimates of incidence, mortality and prevalence of major cancer types on country and global level has been instrumental for our understanding of cancer as a global public health concern. 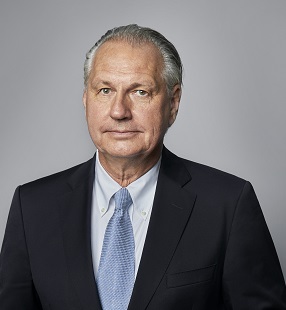 Klas Kärre is chairman of the Swedish Cancer Society’s research committee and professor of molecular immunology at Karolinska Institutet. Kärre became a member of the Nobel Committee for Physiology or Medicine in 2006 and its chairman in 2009. In 2009, he was elected a member of the Royal Swedish Academy of Sciences.

SPEAKERS IN SESSION 2: Patients as a driving force to develop care 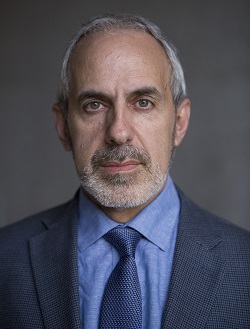 Gregory C Simon, J.D is the President of the Biden Cancer Initiative. He previously served as the Executive Director of the White House Cancer Moonshot Task Force. Greg returned to the White House after serving as Vice President Al Gore’s Chief Domestic Policy Advisor between 1993 and 1997. He was the CEO of Poliwogg, a financial services company creating unique capital market opportunities in healthcare and life sciences. Previously, Greg was Senior Vice President for Worldwide Policy and Patient Engagement at Pfizer, co-founded with Michael Milken, FasterCures/ The Center for Accelerating Medical solutions, and with Leon and Debra Black co-founded the Melanoma Research Alliance. Greg is a cancer survivor, having been recently successfully treated for chronic lymphocytic leukemia. 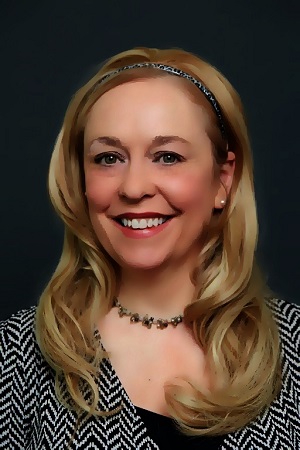 Marie Ennis O’Connor is a Stanford Medicine X e-Patient scholar and an internationally recognized keynote speaker, writer, and consultant on global trends in patient engagement, digital health, and participatory medicine. A board member of the Patient Empowerment Foundation, a Geneva-based network of people, foundations, organizations and medical institutions dedicated to empowering patients worldwide, Marie’s work is informed by her passion for embedding the patient voice at the heart of healthcare values. She writes about the experience of transitioning from breast cancer patient to advocate on her awardwinning blog Journeying Beyond Breast Cancer. 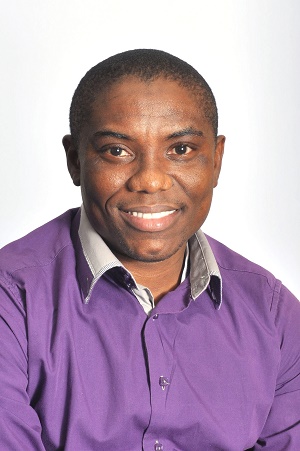 Kelechi Eguzo has been involved in cancer control and medical research since graduating from the University of Calabar in 2007. Through training at Nigerian Christian Hospital, University of Uyo Teaching Hospital and British Columbia Cancer Agency, he gained lots of experience on cancer management as a family physician. He is the lead author of the book ‘Where there is no oncologist’. Now in its second edition, this international manual provides guidance on how to administer chemotherapy and follow-up cancer patients in resource-limited settings. Dr. Eguzo is involved in training physicians and nurses in Nigeria through volunteer service with American Society of Clinical Oncology. Kelechi is leading the Marjorie Bash Cancer Center project, and several cancer research projects in Nigeria. 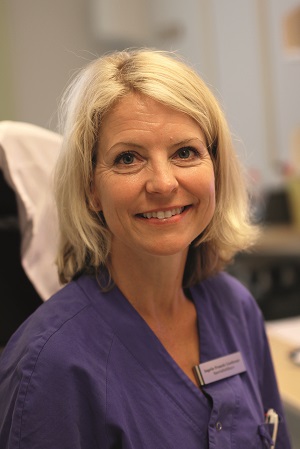 Ingela Franck Lissbrant works as a Clinical Oncologist at the Department of Oncology, Sahlgrenska University Hospital, Göteborg, Sweden. She completed her PhD studying the role of angionenesis in prostate cancer  and has been working within the  prostate cancer field for nearly 20 years. In recent years she has focused on how to best implement evidence based best practise in prostate cancer care through her work within the National Prostate Cancer Register(NPCR) in Sweden.

Since 2015 she is the vice chair of NPCR and is leading the work with developing and implementing the Patient overview Prostate Cancer (PPC), that collates, analyses and displays data as a basis for a dash board panel to directly aid patient centered clinical work, quality assurance at each department, benchmarking cancer care in Sweden and serve as a basis for clinical cancer research and collaborations with pharmaceutical industry. 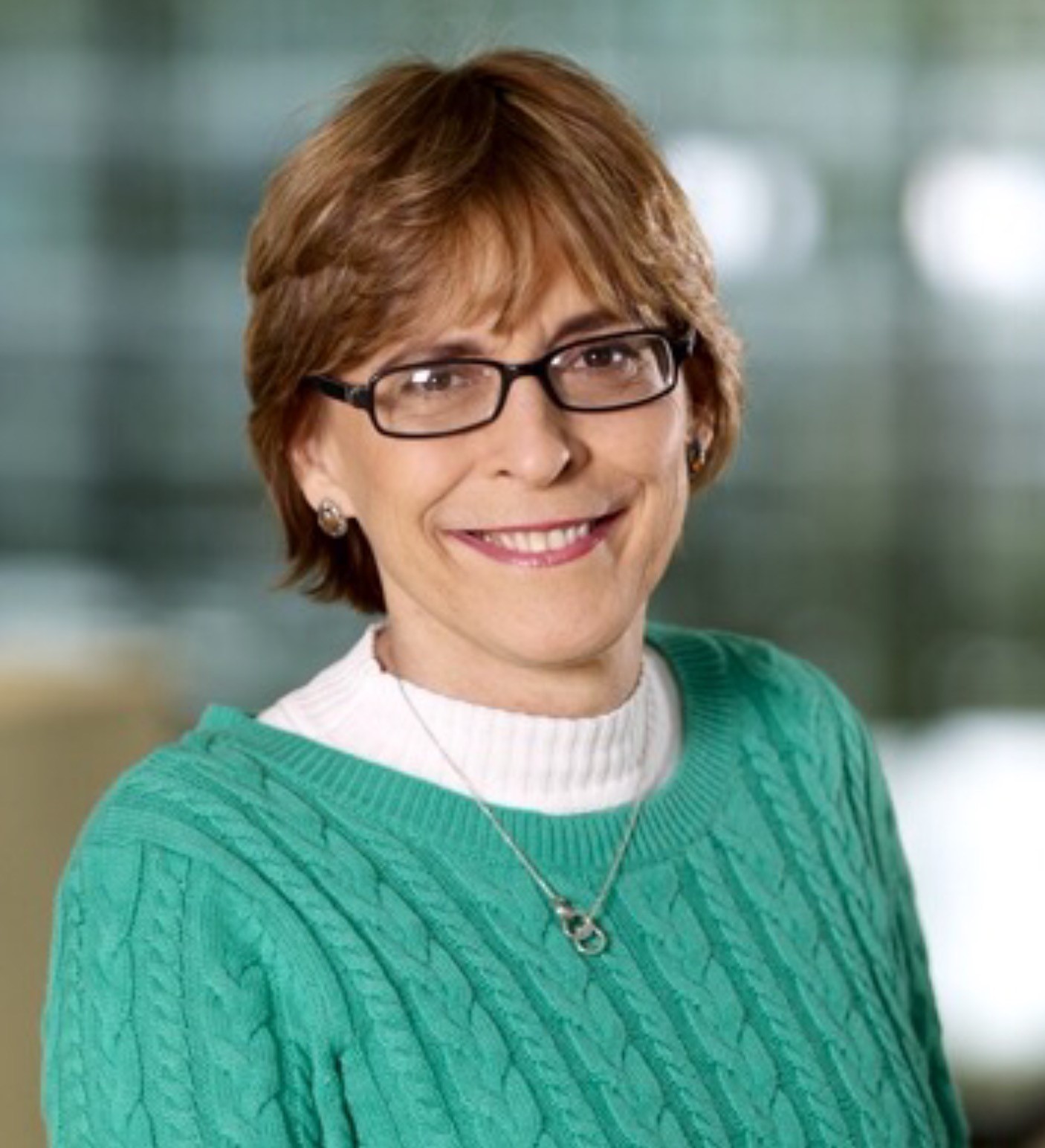 Mariângela Simão is Assistant Director-General of Access to Medicines, Vaccines and Pharmaceuticals at WHO. She joined WHO in November 2017, as part of Dr Tedros Adhanom Ghebreyesus leadership team. She previously worked for UNAIDS since September 2010 and prior to that, she worked for the Ministry of Health in Brazil as the Director of the Sexually Transmitted Diseases, HIV/ AIDS and Viral Hepatitis department.

Dr. Simão worked in the Brazilian public health system since 1982, from the primary health care level to a series of managerial positions throughout the years. As a public health professional, at municipal, state and national levels, she played an active role in the decentralization of the national health system. She has also served on the boards of a number of organizations and government committees related to public health and HIV. 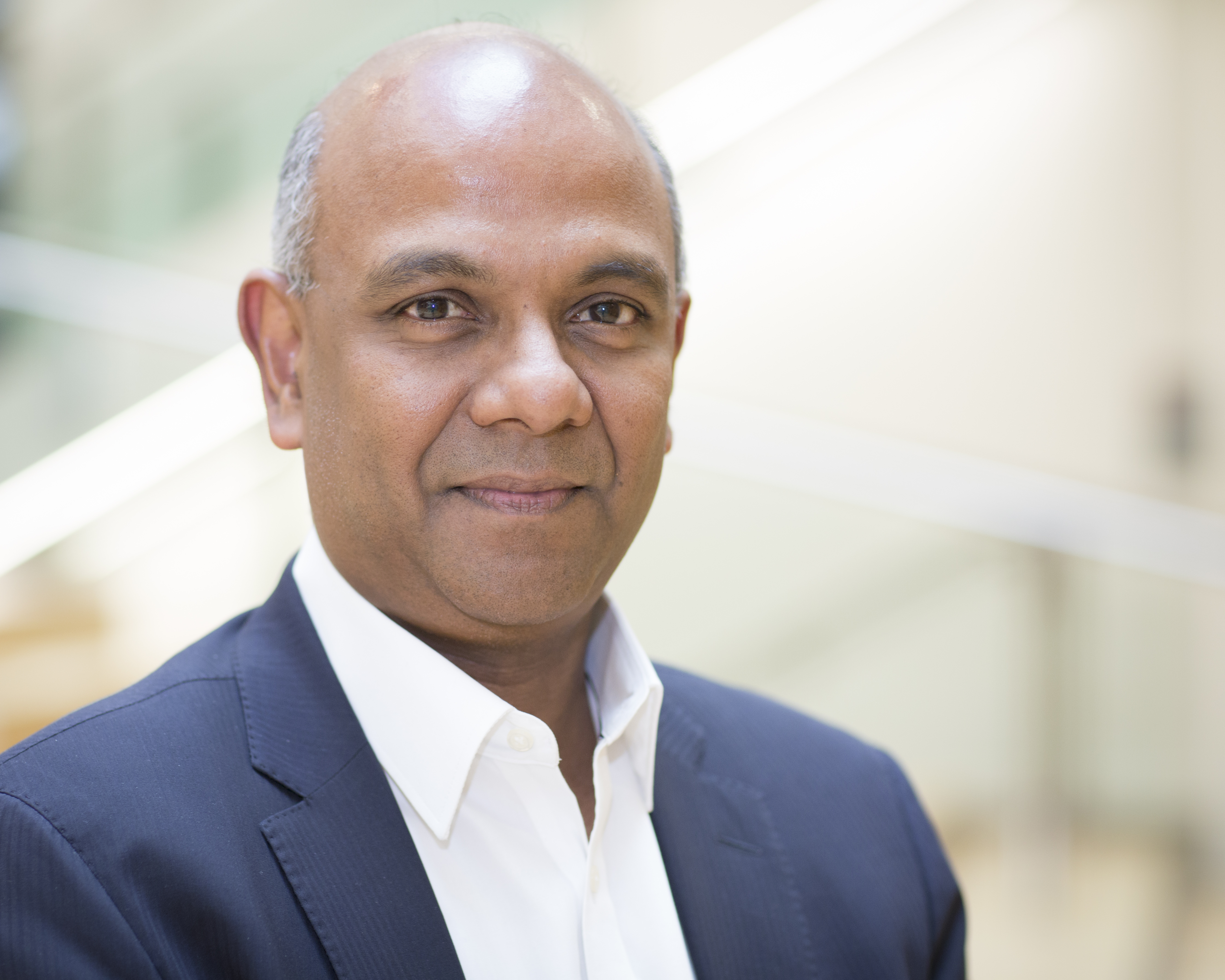 Arnie Purushotham is the Director of King’s Health Partners Comprehensive Cancer Centre, Professor of Breast Cancer at King’s College London and Consultant Surgeon at Guy’s and St Thomas NHS Foundation Trust. He is also the Medical Director to the Tata Trust's Cancer Program, India and Senior Clinical Advisor to Cancer Research UK. Professor Purushotham graduated from Madras Medical College in India, undertook his post-graduate training in the UK and has been a Consultant Surgeon and Clinical Academic over the last 23 years. His current areas of research interest include patterns of metastatic spread (clinico-pathological and gene expression), pathophysiology of lymphoedema, novel intra-operative optical imaging, magnetic resonance elastography, window of opportunity clinical trials and cancer outcomes.

Thomas B. Cueni is Director General of the International Federation of Pharmaceutical Manufacturers and Associations (IFPMA) since 1 February 2017. For many years Thomas Cueni has been involved in the work of the European Federation of Pharmaceutical Industries and Associations, EFPIA, where he most recently served as Vice-Chair of the European Markets Committee and association representative on the Board. He represented the industry on the EU High Level Pharmaceutical Forum, was Chairman of EFPIA’s Economic and Social Policy Committee and Chairman of the EFPIA Task Force on the EU Commission’s Pharmaceutical Sector Inquiry. Thomas Cueni previously had a career as a journalist, inter alia as London correspondent for the “Basler Zeitung” and “Der Bund”, and he served as a Swiss career diplomat with postings in Paris (OECD) and Vienna (IAEA, UNIDO). 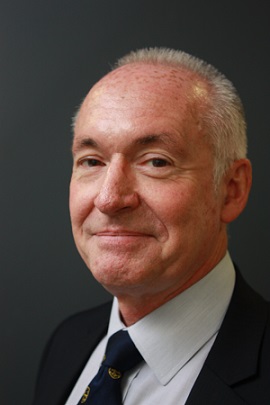 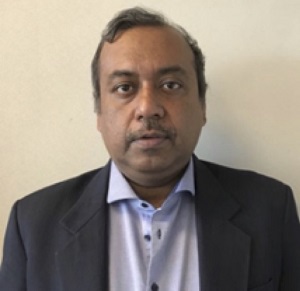 Vinayak Mohan Prasad is Programme Manager, for the Tobacco Free Initiative in the Department of Prevention of Noncommunicable Diseases in WHO /Headquarters, Geneva. As head of the Tobacco Control Team Dr. Prasad supervises the national capacity building. In addition, he provides management oversight to the Bloomberg Initiative project in HQ on country support to ten high burden countries and also leads the Africa tobacco control program in Geneva, funded by the Bill & Melinda Gates Foundation. In addition to tobacco work, Dr. Prasad provides strategic guidance to the Be He@thy Be mobile initiative on innovative use of mobile technology to reduce NCDs. Prior to joining WHO in 2009, Dr Prasad was a senior civil servant in the government of India for more than two decades, serving in various capacities in Ministries of Health, Finance, Customs. 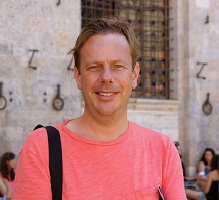 Folke Tersman is Chair Professor of Practical Philosophy at Uppsala University. He is also the initiator of the Journal of Political Philosophy and has led the interdisciplinary research project Democracy Unbound. In 2009, Folke Tersman published the book Tillsammans – en filosofisk debattbok om hur vi kan rädda vårt klimat (Together – A Philosophical Debate Book on How We Can Save Our Climate). 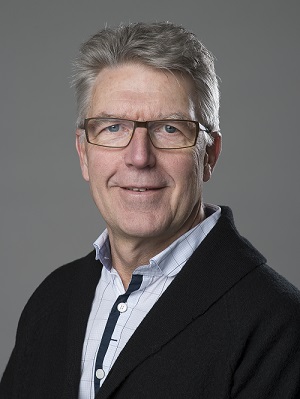 Lars Holmberg is Professor Emeritus at Uppsala University and King’s College London where he is currently advising research teams on clinical apects of breast, prostate and urinary bladder cancer. Parallel to his academic tenures and until his retirement in 2016, Professor Holmberg was the Director of the Regional Cancer Centre Uppsala/Örebro Region, Uppsala, Sweden. Throughout his career, Professor Holmberg has contributed extensively to the work of national and international committees and working groups. He is currently leading a Bladder Cancer research project funded by the Swedish Cancer Society. Professor Holmberg is chair of the Uppsala Health Summit Programme Committee 2018.