Towards useful cancer biomarkers to improve care for cancer

Early discovery followed by efficient surgical resection of a local tumour translates into high long-term survival for people with cancer. Furthermore, the effectiveness of cancer care would greatly increase if there were simple tests that determine if a tumour will recur or respond to a specific treatment. Blood biomarkers for early detection, as well as prediction of drug response or disease recurrence, have therefore been intense areas of research for the past decades. However, progress has been limited as evidenced by the low rate of regulatory approval of such tests.

In this workshop, we will discuss measures to enhance and accelerate biomarker discovery and validation processes to improve effective transition into clinical use. A breakthrough in this field would be of great interest to many actors: oncologists, researchers, regulators, funders, the pharmaceutical industry, etc. A greater range of proven biomarkers for all types of cancer, if quickly and robustly discovered, validated and put to clinical use, will transform the lives of millions of patients by greatly improving cancer detection, treatment selection and knowledge in prognosis decisive for follow-up and decisions on adjuvant treatment. Much more effective ‘discovery to application’ processes would make better use of scarce funds, precious clinical samples, focus regulatory attention, target scientific effort, enhance academic-industry linkages, and hasten product to market business cycles.

Questions to be addressed in the workshop are:

Which forms of cancer are most in need of diagnostic biomarkers versus prognostic versus predictive biomarkers?

How should we improve the design of academic and industrial biomarker discovery programmes to better address the criteria for regulatory approval?

How can we most effectively build a sound, best-practice platform for biomarker development?

What are the benefits of comparative oncology for accelerated biomarker discovery and application?

What is a biomarker and how is its performance assessed?

A biomarker is a characteristic in the body or bodily products that can be measured objectively. Tumour biomarkers can be diagnostic, prognostic and/or predictive.

Population screening programmes are to discover early stage tumours in seemingly healthy individuals. Furthermore, better tumour markers can help to identify cases with unspecific symptoms that may be tumour-related, this will enable more advanced diagnostics to be focused on a lower number of cases. As there would then be a greater chance of making a correct cancer diagnosis, this would be of great ethical and economic value.

Effective early discovery programmes currently only exist for cancers of the breast, cervix, and colon but rely on labour-intense procedures. Academic and corporate biomarker discovery efforts have therefore sought effective diagnostic biomarkers based on blood sampling. Despite major investment from public and private research funding bodies, measurable success in terms of such biomarkers for early discovery regulatory approved by the Food and Drug Administration, FDA, in the US remains scant.

Prognostic markers are helpful for deciding if, and when, cancer treatment should be started, considering the marker reported risk of tumour progression or recurrence. If tumour markers could help in prognosticating a treatment outcome at an early stage of treatment planning, the probable result would again be positive effects in terms of both quality of life and health economy. Finally, if a marker proves to have the capacity to detect microscopic disease before relapse is clinically evident, rescue therapy might be commenced earlier and, at least in theory, have a better chance of success. Today there are very few useful tumour markers that meet these criteria.

Predictive markers report whether a proposed treatment will be beneficial or not for the specific patient. For example, activating mutations in Ras genes confer resistance to epidermal growth factor receptor (EGFR) antagonist treatment in colorectal cancer. Many tyrosine kinases contribute to tumour formation when mutated, and a large class of drugs has been developed to inhibit them. Thus, assessment of the tyrosine kinase status may predict the efficacy of inhibitors. Examples of such mutated tyrosine kinases are Bcr-Abl in chronic myelogenous leukaemia and c-kit in human and canine mastocytosis. Promising advances in liquid biopsy technologies based on detection of mutated tumour DNA in blood and other bodily fluids have recently been made in this area.

How is the performance of a biomarker measured? 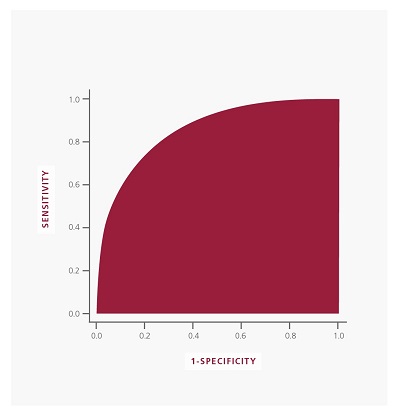 Why have past and current discovery efforts failed to produce clinically useful blood biomarkers?

There are literally hundreds of research papers discussing the reasons for failure in cancer biomarker discovery. Some well-known shortcomings include too small cohorts being used for biomarker discovery and validation, cases and controls being drawn from different populations, variations induced by pre-analytical sample handling, and too little emphasis on statistical aspects of study design[6]. However, the literature describing how such studies should be designed to maximize the likelihood of success is scant. The field appears to lack a common approach, as studies are regularly underpowered, a wide variety of statistical approaches are applied to the datasets, and the statistical methods used in the discovery part of the vast majority of biomarker discovery studies do not concern the core biomarker properties sensitivity and specificity[7], but rather differences between means of groups. Since the purpose of the biomarker development effort is success in a prospective clinical study, the null-hypothesis of the statistical hypothesis testing during biomarker development must be chosen so that the biomarker is assessed as effective for its intended use. For example, the standard for effectiveness applied in the approval of the improved PSA test BC-phi [8] was superiority relative to an existing biomarker-based diagnostic test. Based on these known issues and observing sound statistical principles, would it be desirable to develop a consensus framework for biomarker discovery and early validation to improve the likelihood of successful translation into clinical practice?

How can the regulatory requirements guide biomarker discovery?

Regulatory (FDA) approval of a biomarker-based diagnostic test is based on three top-level criteria: effectiveness, safety, and benefit-risk. Effectiveness is evaluated through the sensitivity and specificity pair as determined through a pivotal clinical study, juxtaposed with the sensitivity and specificity pairs of existing diagnostic tests. Safety is determined through an analysis of the consequences of erroneous test results under the specified intended use and principles of operation of the diagnostic test, as well as analysis of laboratory test results of interference (effects of potential interfering substances), precision and reproducibility (consistency under different lots, runs and users), robustness (tests under potential failure modes), guard banding (accepted ranges for each reagent and process step), specimen stability (transport and storage over a five-year period), intermediate product stability (storage conditions for extracted intermediate products/sera), reagent stability (test kit shelf life), and any other notion that the regulator deems is useful for the assessment of the safety of the biomarker-based diagnostic test. Benefit-risk is evaluated through an analysis of the benefits of accurate test results under the specified intended use, versus the risks of the biomarker-based diagnostic test. An approval order may include post-approval requirements and restrictions.

How can the bench to bedside translation of biomarkers be accellerated?

The clinical trials required for clinical validation and FDA approval of a cancer biomarker may require 10 years or more to conclude, depending on tumor type and the type of biomarker, Given the significant financial risks involved with the clinical validation of new biomarkers, combined with the limited gain from sales of a diagnostic as compared to drugs, is there  a need for governments and funders to absorb some of the risk? Early phase risk reduction could be in the form of collecting and providing the retrospective samples required for the early validation and clinical assessment. The collection efforts need to be ongoing in several independent populations, sample patients with cancer at diagnosis and longitudinally, and be linked to population based studies where samples before cancer diagnosis are available[9]. Late phase support could target screening centres to enable prospective evaluation of new tests.

How can veterinary science and comparative oncology help biomarker development?

The domestic dog has become increasingly useful as a comparatively spontaneous cancer model to study genetic and environmental risk factors as well as easing the transition between rodent and human clinical trials for cancer drug development[10] [11]. The many similarities between various cancer types affecting humans and dogs and the spontaneous development of these cancers in immune competent canine individuals living in a shared environment with us suggest a common aetiology. The shorter lifespan of dogs and the shorter time to relapse after cancer treatment allows data regarding efficacy, short and long-term toxicity and side-effects of novel cancer drugs to be generated in years rather than decades as in human clinical trials.

However, certain limitations need to be overcome to make full use of the dog model. Slightly different classification systems for common cancers limits translation of data and clinical outcome from dog to human. The canine genome and annotation, especially of immune gene families, could be improved to allow a more careful and correct comparison with the human genome. Tumours such as mammary neoplasia (breast cancer), malignant lymphoma (Non Hodgkin Lymphoma) and osteosarcoma do all deserve attention and are found to be similar in tumour morphology, biology and response to treatment where improved models would benefit human studies.

Treatment of metastatic tumours in dogs is generally not successful today and disease prevention and early diagnostics will significantly reduce animal suffering, improve animal welfare and reduce costs for pet owners.  For biomarker research, many analyses will be done on already collected tissue and blood for routine diagnostics in the clinical setting and thus reduce discomfort for living animals.

The potential benefits in using dog spontaneous tumor models in biomarker research are many;

Together with studying spontaneous tumours instead of induced tumours in experimental animals, this is well in line with the Replace/Refine/Reduce (3R) principles. Although, biomarkers in tumour tissue have mostly been investigated in dogs, recent promising findings on serum thymidine kinase 1 (TK1) either alone or in combination with CRP and also circulating micro RNAs have been suggested as potential biomarkers for canine neoplastic disease. With the necessary tools and resources acquired/supported, the domestic dog is now a fully-fledged model that is ideally suited to biomarker research and to informing human oncology in a parallel comparative approach.