Healthcare for Healthy Ageing: the speakers

John Beard is Director of the Department of Ageing and Life Course with the World Health Organization in Geneva.  He works with the global community to meet the challenges, and to maximise the benefits, associated with the rapid ageing of their populations. He is chair of the World Economic Forum’s Global Agenda Council on Ageing.

John is an Australian physician and has held a range of senior public health and academic roles in Australia and the USA. He has published widely in the international literature and remains actively involved in several large international research studies on ageing.

Lars Lind is Professor at the Department of Medical Science, Cardiovascular epidemiology and PI of EpiHealth in Uppsala.

The EpiHealth cohort study is a collaboration project between Uppsala and Lund Universities.  EpiHealth aims to build a national resource in the form of a multicenter longitudinal cohort study investigating the interaction between genes and life-style factors regarding the development of common diseases seen in the elderly in 300,000 Swedish men and women between the ages of 45 and 75 years.

Dr. Mary Durham is Vice President of Health Research for Kaiser Permanente and Director of The Center for Health Research Northwest, Hawaii, and Southeast. In addition to her leadership roles, Dr. Durham conducts her own NIH-funded research on workplace health and translational research.  Dr. Durham is also the Associate Director of the Oregon Clinical and Translational Research Institute (OCTRI), one of the first 12 NIH Clinical and Translational Science Awards. In a unique partnership with Oregon Health & Science University, CHR’s role in OCTRI contributes to the science of translating research to practice and developing strong interactions between discovery and dissemination.

In tandem with her distinguished health research career, Dr. Durham has worked with state and federal lawmakers in crafting policy-level decisions across a wide range of topics, such as privacy, mental health law, genetics, research, and human subjects protection. She was a Commissioner for the State of Oregon’s Senate Commission for Health Care Access and Affordability. She has had diverse roles, from providing expert testimony to the President’s National Bioethics Advisory Commission to consulting to the World Health Organization. Dr. Durham  has served on the boards of the Association for Health Services Research (Academy Health), Group Health Community Foundation, and Kaiser Permanente Health Care Alternatives.

She is a professor in the Department of Public Health and Preventive Medicine at the Oregon Health & Science University, and adjunct professor in the Department of Sociology at Portland State University. Dr. Durham is a former commissioner of the American Bar Association, where she served on the ABA’s Commission on Mental and Physical Disability Law.

Hans Rosling is professor of International Health at Karolinska Institutet, the medical university in Stockholm, Sweden. When working as a young doctor in Mozambique he discovered a previously unrecognized paralytic disease that his research team named Konzo.

His 20 years of research on global health concerned the character of the links between economy and health in Africa, Asia and Latin America. He has been adviser to WHO and UNICEF, co-founded Médecines sans Frontiers in Sweden and started new courses and published a textbook on Global Health. He is a member of the International Group of the Swedish Academy of Science and of the Global Agenda Network of the World Economic Forum in Switzerland.

Hans Rosling co-founded Gapminder Foundation with son and daughter in-law. Gapminder promotes a fact based world view by converting the international statistics into moving, interactive, understandable and enjoyable graphics. This was first done by developing the Trendalyzer software that Google acquired in 2007. Using animations of global trends, Hans Rosling lectures about past and contemporary economic, social and environmental changes in the world and he produces thematic videos using the same technique.

His award-winning lectures on global trends have been labeled “humorous, yet deadly serious” and many in the audience realize their own world view is lagging many decades. 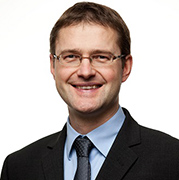 Claus Wendt, professor of sociology of health and healthcare systems at Siegen University.

From 2012 to 2015 Claus Wendt is directing a 850,000 Euro-Project on Healthcare-Seeking by Older People in Germany. The social and institutional context of decision-making in the case of sickness, funded by DFG. 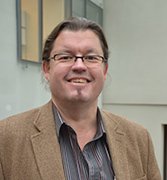 IFFS conducts advanced research within the social sciences.The Institute’s task is to promote a future-oriented perspective in Swedish research, and to use and develop appropriate theories and methods. Moreover, the Institute promotes open and broad discussion about possibilities and threats to future social development.

Nicklas Lundblad, Ph.D. in Informatics, with an LL.M. in IT Law and a BA in theoretical philosophy.

Nicklas Lundblad works with topics concerning the future, technology and society. As of 2007 he works as an advisor to Google, and during 2010-2013 he worked as a social policy analysis manager at Google’s headquarters in Mountain View, California, USA.

Professor Ben A van Hout, Ph.D. combines an appointment of professor of Health Economics at the School for Health and Related Studies (ScHARR) of the University of Sheffield with a position of scientific director of Pharmerit. He has extensive experience in modelling and has contributed to the methodology of economic evaluations. He introduced the acceptability curve, now a well known concept in cost effectiveness analysis. He was one of the first to apply probabilistic sensitivity analysis and to explore Bayesian techniques. He was also one of the first to apply discrete event models and to apply a non-parametric methods to estimate costs in the presence of censoring. He has published about discounting, value functions, Bayesian techniques and competing risks. His experience covers a variety of therapeutic areas, including renal disease, liver disease, cancer, osteoporosis, sepsis, depression, but most notably cardiovascular disease.

Prof. van Hout has (co)authored over 100 articles in peer reviewed journals such as the Journal of Health Economics, Health Economics, the New England Journal of Medicine and the Lancet. Prof. Van Hout holds a PhD in health economics and a master’s degree in econometrics, both from the Erasmus University in Rotterdam.

Prof. van Hout is one of the founding members of the EuroQol group and chairs the Valuation Task Force within this group. He is also one of the founders of the Transfusion Technology Assessment group, a research group within the University of Utrecht which concentrates on the economic assessment of transfusion technology applying mathematical and statistical models.