Finally a vaccine against Ebola? The story of a successful partnership 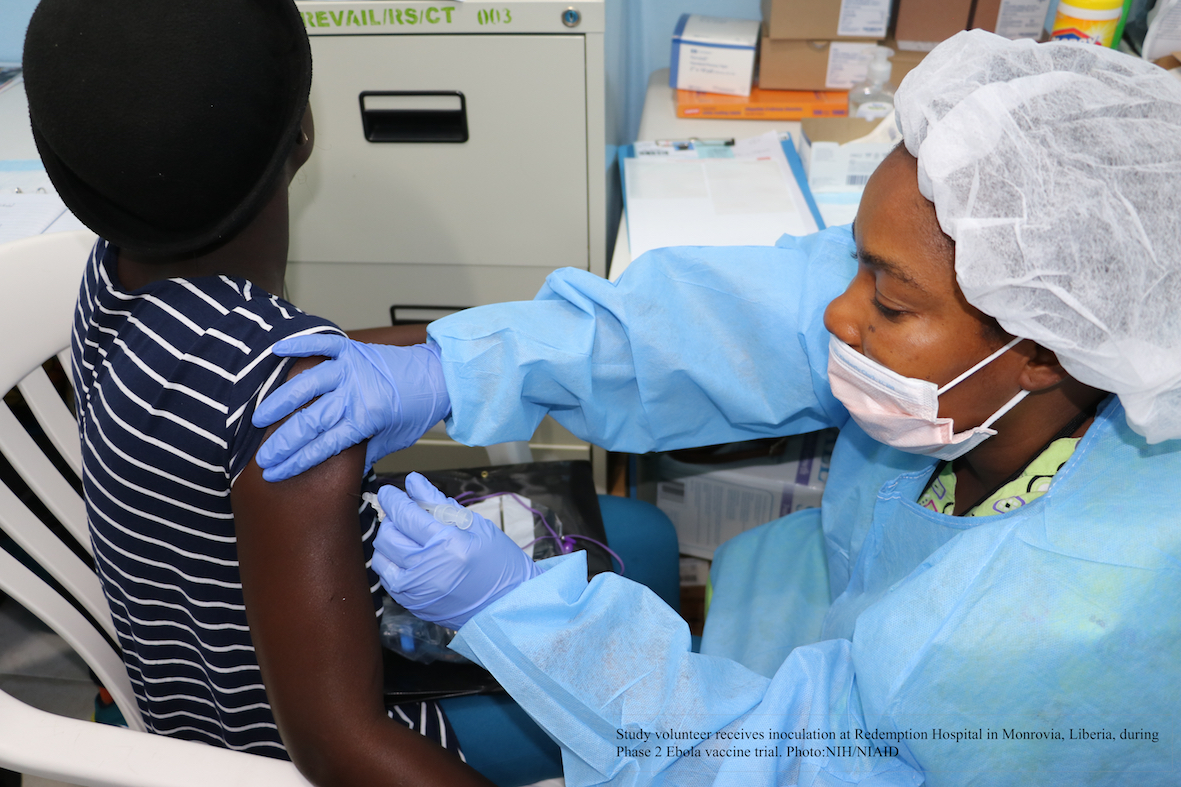 In December last year, an article in The Lancet and a press communiqué from the WHO affirmed that the long journey towards and efficacious vaccine against the Zaire Ebola virus (ZEBOV) seemed close to reaching its goal. Clinical trials in Guinea had confirmed that the vaccine was safe and offered efficient protection. The promising results make it probable that we will soon have a tested, safe and efficacious vaccine against Zaire Ebola virus on the market.

This is a short recapitulation of how global collaboration between scientists, field workers and experts from academia, public health authorities, regulatory bodies, NGOs and industry turned promising laboratory work into a prophylactic vaccine, and of the benefits of collaboration across global and administrative borders.

In September 2014, shortly after the WHO had declared the Ebola outbreak in West Africa a public health emergency of international concern, the WHO urgently convened a meeting with scientists and public health officials. The objective: To develop a safe and efficacious vaccine against Ebola as fast as possible. After having mapped possible vaccine projects, it was decided to proceed with two candidates that were showing good and solid results in pre-clinical trials.

An African-European consortium was set up under the auspices of the WHO, the VSV Ebola Consortium, VEBCON, whose task was to set up, conduct and evaluate swift and safe Phase I trials of one of the candidates, the rVSV-ZEBOV, to assess its safety and immunogenicity.

This particular vaccine had been previously developed by scientists at the Canadian National Microbiology Laboratory within Canada’s Public Health Agency, and licensed to a US biotech company, Bio Protection Systems. Later, this same candidate would be sub-licensed to Merck & Co Inc., (or MSD as the company is called outside the United States).

Safety and ethical principles must be followed

The experts convened by the WHO agreed that while the situation was urgent, the trials processes must respect needs for safety and follow ethical principles. To respond to the urgency, administrative processes needed to be swift, and real-time data collection and sharing from research and clinical trials was necessary, both from a scientific and a moral point of view.

The Canadian government donated vials with the rVSV-ZEBOV vaccine, and the VEBCON consortium could initiate the phase I trials which took place in Germany, Gabon, Kenya and in Switzerland. The trials were financed by the Wellcome Trust and the German Centre for Infectious Research.

Simultaneously, plans were laid out for how to run the subsequent trials, and test for efficacy in most affected regions.

Early 2015, the preliminary results from the Phase I concluded that the rVSV-ZEBOV vaccine was safe and had immunogenic effects, thus meriting further studies.

Some six months after WHO’s declaration of the Ebola outbreak as threat to international public health, phase II and III studies could start in Guinea, in Sierra Leone and in Liberia, led by the WHO, the US CDC and the US NIH respectively.

Planning and performing clinical trials during an outbreak would of course raise a number of ethical and practical challenges. This was notably the case in Guinea, where the Ebola outbreak had started. WHO worked collaboratively with the Guinea Ministry of Health and Public Hygiene, the Norwegian Institute of Public Health, and Medecins Sans Frontieres to implement clinical trials in Guinea. The WHO team developed and used a new clinical trial design, the so called ‘Ring vaccination trial’ to target vaccination to people at high risk of contracting Ebola virus disease. Around each patient newly diagnosed with Ebola, rings of people – the patient’s family and contacts – were identified. Some rings received the vaccine immediately, the other rings received the vaccine 21 days later. By comparing the number of persons who had contracted Ebola in the different rings, the vaccine’s efficacy could be measured. The ring study design showed that even under extreme circumstances, it´s possible to conduct high quality clinical research.

Even as clinical trials continue, as do the search for additional vaccines, the results from the phase II and III trials in Guinea, Liberia and Sierra Leone showed that the rVSV-ZEBOV is generally well tolerated and efficacious. The next step is now to pursue licensure and to plan for production and long term stockpiling of the vaccine.

Gavi and Merck – a first agreement on Ebola vaccine provision

In January 2016, the vaccine alliance Gavi, announced an agreement with Merck Sharp & Dohme Corp., a subsidiary of Merck & Co., Inc. to support the provision of the vaccine on a long-term basis. The Advance Purchase Commitment implies that Gavi provided some financing for the development of the vaccine, to enable a first stockpile and be prepared for new outbreaks. Other companies working on Ebola vaccines include GlaxoSmithKline, Johnson & Johnson, Novavax and Inovio.

Merck has assured availability of 300 000 doses of the vaccine for additional clinical trials and for possible emergency use under WHO’s Emergency Use Assessment and Listing procedure. A year prior to the announcement of the agreement, at Gavi's Pledging Conference in Berlin in 2015, Merck and NewLink Genetics announced their intention to provide a possible new Ebola vaccine at the lowest possible price to Gavi eligible countries.