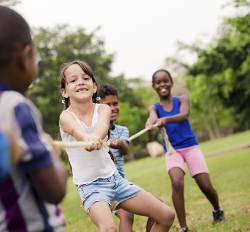 As a reaction to the conclusions from Uppsala Health Summit’s meeting in October 2016 on Ending Childhood Obesity, the Uppsala Region decided on March 1, 2017 to launch the first Swedish ECHO zone, a multi-sectorial collaboration to create sound, salutogenic environments for children.

One of the main conclusions from Uppsala Health Summit was the dire need for concerted multi-sectorial actions improving the obesogenic environment in which too many children grow up. At Uppsala Health Summit the concept of ECHO zone was suggested as a framework for local collaborations that would involve a number of relevant stakeholders. Similar efforts have been launched e.g. in Seinäjoki, Finland and in Negombo, Sri Lanka. Lessons from these regions show that it is possible to curb the childhood obesity epidemic by coordinating selected efforts, and encouraging stakeholders to contribute.

The ECHO zone concept will also include processes for careful monitoring and evaluation, to contribute to the growing experience of how to implement changes on a systems level.